The notice of voluntary dismissal filed in the U.S. District Court for the Northern District of Illinois does not discuss or specify the terms of the dismissal.

However, in a letter to the Cook County Record, an attorney for Mizrahi said the settlement included a “full retraction and apology for all claims made” by Cohen against Mizrahi in an initial lawsuit filed in Cook County court. 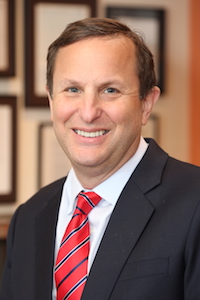 The matter had landed first in the courts in January, when Cohen, through his attorney David Hammervold, of Nashville, Tenn., filed a complaint accusing Mizrahi of selling him a diamond without informing Cohen the diamond had been internally laser drilled, was thus worth less than he had been led to believe.

Cohen had demanded at least $1.5 million in damages in that action.

That case was also ultimately settled and dismissed with prejudice on Aug. 15, but not before Mizrahi through his attorney, Peter Lubin, of the firm of DiTomasso Lubin Austermuehle P.C., of Oakbrook Terrace, asked the judge in June to sanction Cohen and his attorney for bringing the lawsuit in the first place.

In that motion for sanctions, Mizrahi’s attorney said the lawsuit was brought in an effort to “extort” a settlement from Mizrahi, after a customer of Mizrahi’s decided to directly deal with Mizrahi, rather than use Cohen as a “second middleman,” exacerbating what Mizrahi said was Cohen’s declining business, which “was losing tens of thousands of dollars a year” before the incident at the heart of Cohen’s lawsuit.

In that lawsuit, again filed through attorney Lubin, Mizrahi detailed accusations against Cohen and his attorney, Hammervold, who they said is accused in a separate action pending in federal court in the U.S. Fifth Circuit of participating in an “extortion ring” in which the lawyers “allegedly use the lawsuits they file as a jumping off point to begin defamatory smear campaigns against … jewelers’ businesses” to secure settlements that pay the lawyers “contingency fees.”

In the defamation lawsuit, Mizrahi accused Cohen and Hammervold of using “these same tactics” in the Cook County case, including issuing a “defamatory press release” which was “eventually picked up by both national and international media outlets,” accusing Mizrahi of harming his business.

“In fact, there were no lost reputation damages and thus there could not possibly be punitive damages of anything more than a few thousand dollars and certainly not the $1.5 million falsely represented by Cohen,” Mizrahi asserted in his defamation complaint.

Our Oak Brook Defamation Attorneys also represent and prosecute claims on behalf of businesses throughout the Chicago area including in Evanston and Kenilworth who have been unfairly and falsely criticized by consumers and competitors in defamatory publications in the online and offline media. We have successfully represented businesses who have been the victim of competitors setting up false rating sites and pretend consumer rating sites that are simply forums to falsely bash or business clients. We have also represented and defended consumers First Amendment and free speech rights to criticize businesses who are guilty of consumer fraud and false advertising.

Lubin Austermuehle’s Chicago defamation and slander lawyers near Oak Lawn and Lake Forest have more than three decades of experience helping business clients unravel the complexities of Illinois and out-of-state business laws. Our Chicago business, commercial, class-action, and consumer litigation lawyers represent individuals, family businesses and enterprises of all sizes in a variety of legal disputes, including disputes among partners and shareholders as well as lawsuits between businesses and consumer rights, auto fraud, and wage claim individual and class action cases. In every case, our goal is to resolve disputes as quickly and successfully as possible, helping business clients protect their investments and get back to business as usual. From offices in Chicago, Elmhurst, and Evanston near Wheaton, and Geneva, we serve clients throughout Illinois and the Midwest.  You can contact us online here or call us on our toll-free number at 833-306-4933 or locally at 630-333-0333.