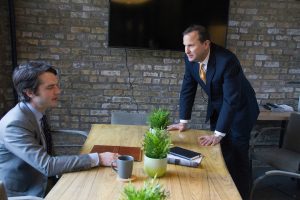 The FTC sued a student loan debt relief company that promised consumers that it would reduce their monthly student loan payments, or arrange for their student debts to be forgiven in whole or part by their student loan servicers. Instead, the company kept most of the money sent to them by the consumers and failed to negotiate with the servicers or remit the payments in a timely fashion. The district court granted summary judgment to the FTC and issued a permanent injunction against the defendants, as well as a monetary judgment for more than $27 million in restitution.

The United States District Court for the Central District of California granted summary judgment to the Federal Trade Commission in a suit filed against Elegant Solutions, Inc. The FTC filed a complaint against Elegant Solutions for a permanent injunction and other equitable relief pursuant to § 13(b) and 19 of the Federal Trade Commission Act and 57(b) of the Telemarketing and Consumer Fraud and Abuse Prevention Act.

The FTC’s complaint charged that the defendants participated in acts or practices that violated § 5(a) of the FTC Act by representing in advertising that consumers who purchased the defendants’ debt relief services would be enrolled in a repayment plan that would reduce their monthly payments on their student loans to a lower, specific amount, or have their student loan balances forgiven in whole or part; that most or all of the consumers’ monthly payments to the defendants would be applied toward consumers’ student loans; and that the defendants would assume responsibility for the servicing of consumers’ student loans. The district court found that, in numerous instances in which the defendants made such representations, they were false or not substantiated. The panel determined that these representations constituted a deceptive act or practice in violation of § 5(a) of the FTC Act. END_OF_DOCUMENT_TOKEN_TO_BE_REPLACED