Maryland’s highest court, the Court of Appeals, recently settled a longstanding question regarding whether Maryland law recognized an independent cause of action for breach of fiduciary duty. With its opinion in Plank v. Cherneski, the Court resolved an area of confusion that has troubled Maryland courts for more than 23 years since the Court’s 1997 opinion in the seminal case of Kann v. Kann.

END_OF_DOCUMENT_TOKEN_TO_BE_REPLACED

Investing is supposed to be a long-term strategy to build wealth, but expecting shareholders to wait more than 60 years before they can get a fair return on their investment is far beyond what any investor would consider reasonable.

Circuit Judge Valerie Bailey-Rihn, who has been hearing the case, has said that she was leaning towards the plaintiffs and agreeing that they had been oppressed by Linton’s actions. Now the only two things left to determine are 1) how to punish Promega and provide restitution for the minority shareholders who were allegedly oppressed by Linton’s actions; and 2) how to determine the price of the stocks for which the minority shareholders are allegedly owed compensation. END_OF_DOCUMENT_TOKEN_TO_BE_REPLACED

Back in January of 2012, the City of Westland Police and Fire Retirement System filed a class-action lawsuit against MetLife Inc. They alleged that the insurance company used data from the Social Security Administration’s “Death Master File” (DMF) to determine when to stop paying annuities to deceased policyholders, but allegedly did not use the same database to determine when to pay out life insurance policies or the Retained Asset Account, although it could have easily done so.

The insurance company also allegedly failed to include data from the DMF regarding its pending payouts in its quarterly reports to its shareholders, thereby underreporting to its investors the amount of money it would have to pay out to policyholders and overestimating its quarterly profits. This withholding of information made MetLife’s investors think the company had less money in outgoing payouts than it actually had, which allegedly resulted in MetLife maintaining stock prices that were artificially high – as soon as the information was made public, the insurance company’s stock prices allegedly dropped and the plaintiffs of the lawsuit allege they suffered financial damages.

Directors of a corporation owe fiduciary duties to the shareholders of the company. This means that when directors communicate with shareholders about the company, they have a fiduciary duty to exercise due care, good faith and loyalty. Directors can be held personally liable if they intentionally or recklessly mislead shareholders about the business or condition of the corporation. A Delaware Chancery Court recently dismissed a suit filed against the directors of GoPro, Inc. by a group of disgruntled shareholders who alleged that the directors misled them by issuing overly optimistic revenue guidance that the company was unable to live up to.

In 2016, GoPro, the camera manufacturer, had plans to roll out several new products to the market including a premium drone equipped with the latest GoPro cameras and a new wearable camera that has become ubiquitous among outdoor enthusiasts and influencers around the globe. GoPro’s board of directors issued revenue guidance for 2016 based on projected sales of both products. The revenue forecasts were generally positive. END_OF_DOCUMENT_TOKEN_TO_BE_REPLACED

The case, Elleby v. Forest Alarm Service, Inc., was filed by a minority shareholder, Ruth Elleby, who owned a 33.5% interest in Forest Alarm Service, Inc. which the complaint described as a family-owned, closed corporation. In addition to Elleby, Forest had three other shareholders: Linda Lichtenauer, Mark Coyle, and Ron Lyngen who owned 33.5%, 16.5%, and 16.5% of Forest, respectively. Coyle was the President and Secretary of Forest in addition to being a shareholder. END_OF_DOCUMENT_TOKEN_TO_BE_REPLACED

After several former employees stole and destroyed internal data from their employer in order to found a competing business, and were sued, the trial court’s appointing of a third party to monitor the new company’s compliance with discovery and restraining orders was not error.

Shamrock had five employees: John Dreamer, Jr., Les Kreifels, Steven Wroblewski, David Wells, and Chris England. The Dreamer family decided to sell Shamrock and offered Wroblewski and Wells the opportunity to make the first offer. The two submitted an offer that was financially acceptable but included collateral terms that the Dreamer family refused to accept. In August 2017 Shamrock made a counter-offer that revised some of the collateral terms.

In September 2017, Wroblewski and Wells abruptly resigned. England resigned four days later. Just prior to their resignations, the three had Beaver Shredding, Inc. destroy several boxes of documents at Shamrock’s headquarters. The three also deleted large amounts of data from Shamrock’s internal computer system. Prior to the deletion, Wroblewski had uploaded data from the computers to the digital storage site Dropbox. END_OF_DOCUMENT_TOKEN_TO_BE_REPLACED

As we have written about previously, one of the concerns with purchasing a minority stake in a closely held corporation is the potential for shareholder oppression. This concern is even more relevant when a non-family-member considers buying into a family-owned business. One minority shareholder found this out the hard way when he suffered a backlash after raising concerns about the conduct of the founder and majority shareholder of a closely held Illinois corporation.

In 1962, Kenneth Packer founded Packer Engineering Inc. (“PEI”) and its parent company, The Packer Group, Inc. (“TPG”), in Du Page County. Packer soon grew PEI into a well-respected professional engineering firm. Both PEI and TPG shared a number of the same officers and directors, including Packer who served as the board chairman for both companies.

In 1979, Edward Caulfield was hired by PEI as its director of mechanical engineering. In 2002, Caulfield became president and chief technical officer of PEI. Caulfield was offered a minority equity interest in TPG in addition to his base salary of $500,000. END_OF_DOCUMENT_TOKEN_TO_BE_REPLACED

No withstanding allegations of majority shareholder oppression, the Seventh Circuit rejected those arguments paying deference to the business judgment rule because of the Indiana Legislature’s directive to give officers and directors a wide berth for their business decisions.  The Court observed:

You can listen to the oral argument before the court here:

END_OF_DOCUMENT_TOKEN_TO_BE_REPLACED 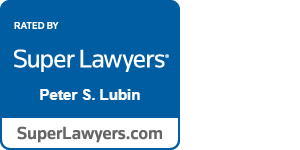 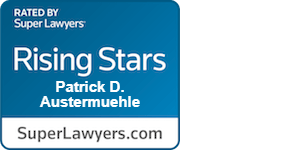 Super Lawyers named Chicago and Oak Brook shareholder oppression attorney Peter Lubin a Super Lawyer in the Categories of Class Action, Business Litigation, and Consumer Rights Litigation. Patrick Austermuehle of the Firm was named a Rising Star again and has a great deal of experience as a Chicago Defamation Libel and Slander Lawyer.  Peter Lubin and Patrick Austermuehle have achieved this honor for many years which is only given to 5% of Illinois’ attorneys each year.

Lubin Austermuehle’s Wheaton, Schaumburg, and Evanston business litigation attorneys have more than two and half decades of experience helping business clients unravel the complexities of Illinois and out-of-state business laws. Our Chicago business, commercial, class-action, and consumer litigation lawyers represent individuals, family businesses and enterprises of all sizes in a variety of legal disputes, including disputes among partners and shareholders as well as lawsuits between businesses and consumer rights, auto fraud, and wage claim individual and class action cases. In every case, our goal is to resolve disputes as quickly and successfully as possible, helping business clients protect their investments and get back to business as usual. From offices in Oak Brook, near Naperville and Aurora, we serve clients throughout Illinois and the Midwest.

END_OF_DOCUMENT_TOKEN_TO_BE_REPLACED

If the CEO of a bankrupt company buys shares in a spinoff company, is that evidence of sabotage, or just that they’re trying to make the best of a bad situation?

Edward Lampert, who was chairman and CEO of Sears Holding Corp. when it went bankrupt, is now being sued by the company for allegedly orchestrating shady dealings between himself, his hedge fund company (ESL) and Sears’ finances.

Having taken the reigns of the company when it was already in a financial downward spiral, Lampert allegedly made promises he couldn’t keep about turning the company’s finances around. Instead, he and his investors bought some of Sears’ largest and most valuable assets, then invested in the companies that spun off from Sears using those assets, essentially profiting off Sears’ bankruptcy.

Shareholders who received stock in the home improvement branch of Sears, known as Orchard Supply Hardware Stores Corp. allegedly received millions of dollars’ worth of stock, but without properly compensating Sears. Three of the shareholders who were on the board of Sears owned stock in the home improvement store that was collectively worth more than $100 million, according to the lawsuit.

When Sears Hometown and Outlet Stores was spun off into another company, those who owned stock in Sears were given the opportunity to buy shares of the new company. END_OF_DOCUMENT_TOKEN_TO_BE_REPLACED